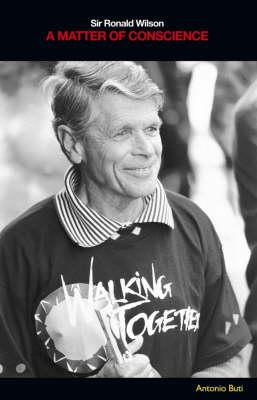 Orphaned early in life and brought up by a housekeeper, Sir Ronald Wilson left school at 14 to earn a living as a messenger in the local Geraldton courthouse before subsequently enjoying a meteoric rise in the legal profession to become a justice in the highest court in Australia. Best known for Bringing Them Home - his moving and controversial 1997 report on the 'Stolen Generations' of Aboriginal children - Sir Ronald was also Crown Prosecutor, Counsel, and Solicitor-General in a number of high profile criminal, civil, and constitutional cases, including the trials of Eric Cooke (the last man hanged in Western Australia), John Button, and Darryl Beamish. A Matter of Conscience: Sir Ronald Wilson will be of immense significance and interest, containing great insights into this highly complex, thoughtful, and talented man.